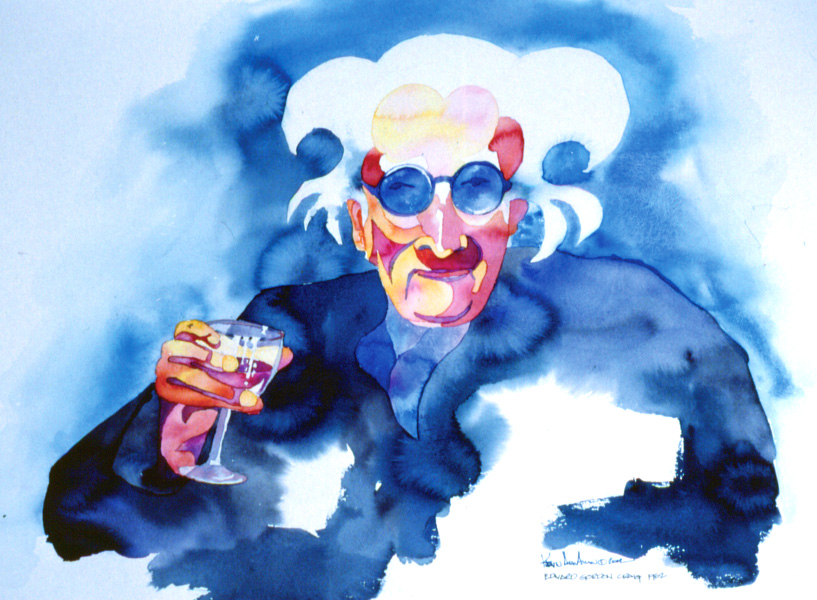 Edward Gordon Craig (1872-1966) was an actor, theatre director, designer, author and philosopher whose productions were often commercial failures that earned him the admiration and gratitude of his colleagues, as well as the generations which have succeeded him.

Feeling Victorian realism and sentimentality too limiting, Craig strove for the poetic in order to capture the essential spirit of the play. His intense affair with dancer Isadora Duncan (1878-1927) led Duncan to persuade Stanislavsky to invite Craig to Moscow, where he designed a still important 1912 production of Hamlet.

He spent the last years of his life in the south of France, where we join him enjoying a glass of wine.